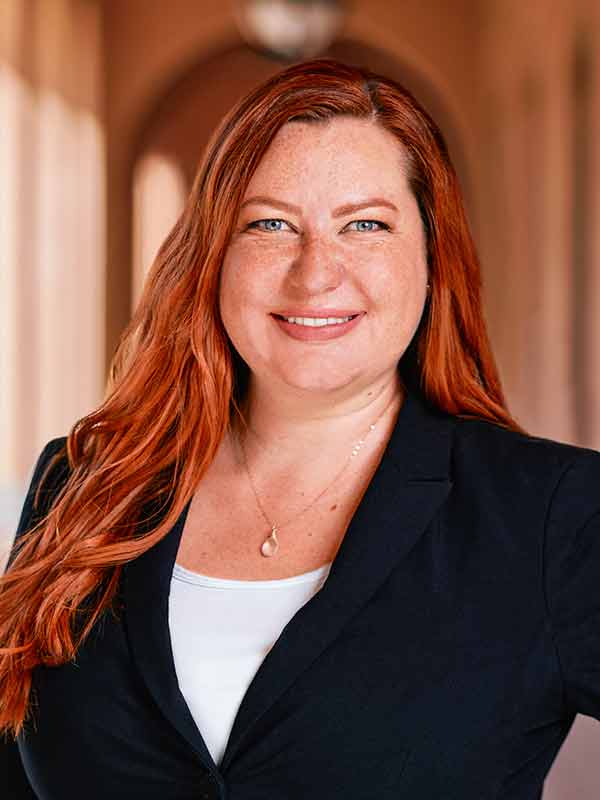 Stephanie commissioned in the United States Air Force as a First Lieutenant and member of the Judge Advocate General’s Corps in 2011. She served until 2018, having achieved the rank of Major. She comes from an honorable line of Air Force veterans. Her grandfather served as a gunner on the B-29 Superfortress during the Korean War. Her father served in Aircraft Maintenance for a variety of airframes, including the A-10 Thunderbolt II, F-4G Wild Weasels, F-15 Eagle, and F-16 Fighting Falcon. He deployed in support of Operation Southern Watch, and retired as the Equipment Maintenance Squadron Production Supervisor. Some of Stephanie’s favorite memories are from growing up around her dad’s shop on the flight line. Other members of her family have served in different services and eras, dating back to the Revolutionary War.

After Stephanie commissioned, she earned a reputation as one of the Air Force’s best litigators through her intense work ethic, natural talents in the courtroom, and dedication to her clients. She met Abby in 2012, and they quickly realized they worked incredibly well together in all aspects of trial preparation and litigation. Early in her career, Steph became the Chief of Military Justice of the busiest military justice base in the United States. Steph supervised the prosecution of 30 criminal trials, including multiple fully-litigated complex cases, while personally prosecuting criminal trials and serving as the legal advisor for federal law enforcement investigations.

Stephanie was competitively selected to become a Defense Counsel, where she represented hundreds of Air Force members facing criminal and administrative proceedings throughout the United States. She has represented clients accused of rape, sexual assault, domestic violence, aggravated assault, theft, drug offenses, and a number of other types of charges. She is skilled in working with medical, forensic, and cross-cultural experts. She is experienced in Post-Traumatic Stress Disorder and Traumatic Brain Injury. Her results speak for themselves, and her reputation earned her a rank as one of the top defense litigators in the world.

From 2014-2017 Steph and Abby had the opportunity to defend together one of the most complex courts-martial they had experienced to that point. Their client was facing a potential sentence of life in prison if convicted, but over the course of 2.5 years, they worked as a team flawlessly to research, plan, strategize, and litigate on behalf of their client. After tireless work, their client was fully acquitted of all charges and was able to retire from the Air Force after 20 years. It was then that they realized the immense benefit they could bring to clients working together.

Because of her performance in court, Stephanie was chosen by The Judge Advocate General to become a senior prosecutor, then-called a Senior Trial Counsel. She was one of the Air Force’s elite prosecutors, whose sole job is to handle the most complex, high-profile courts-martial. She has prosecuted multi-defendant conspiracy, drug, physical and sexual assault, domestic violence, child pornography, child abuse, child sexual assault, and financial fraud cases, among others. She served as adjunct faculty at beginner and intermediate litigation courses and provided training to over 100 attorneys. She was also selected as #1 out of 535 speakers at the Air Force Squadron Officer School for her presentation and critical analysis of the military justice system.

Through her time as a prosecutor, she became intimately familiar with the military justice system. Stephanie decided to leave the Air Force and dedicate her legal practice 100% to defending those accused of crimes. She wanted to use her knowledge of how a prosecutor builds their case to her clients’ advantage by attacking every aspect of litigation from investigation to trial. In February 2019, she started work as a Civilian Defense Counsel.

Defending servicemembers is Steph’s absolute passion. She has had the opportunity to represent clients in every service, in every type of military justice action. She also helps veterans address errors and injustices in their records.

Stephanie lives in San Diego, CA with her husband and three children. She represents clients worldwide.

Stephanie is licensed in California and Nevada. She is eligible to practice in all military courts and federally in the Southern District of California. 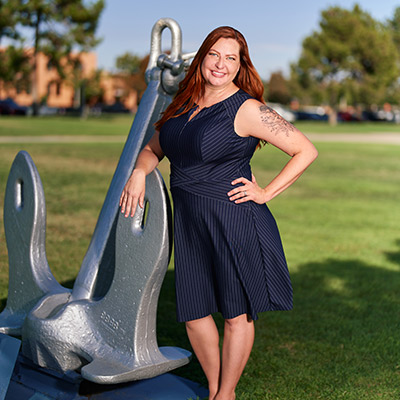 Get A FREE Evaluation

Kral Military Defense defends members of America's military throughout the world. We do not maintain physical office space in the traditional sense. Instead, we offer secure video and telephone consultations and meet with current clients, as needed, at home and abroad.